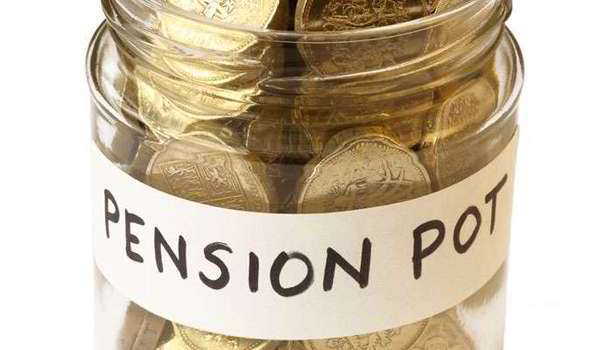 Retirees are at risk of running out of money in retirement. Research from Zurich UK has found that a third have no investment experience and two in five are not getting any financial advice.

Moreover, around half a million people are taking advantage of the pension freedoms to draw down their retirement savings, but a third have never actively invested in the stock market. This means risking their (average) £153,000 pension pot.

Poor decisions can lead to consumers taking on too much risk, missing investment growth or making unsustainabley high withdrawals.

The ‘first-time investor gap’ is being driven by a lack of consumer understanding of draw-down, according to Zurich UK, with almost half of the investors who had not received advice saying they thought draw-down would be simple. A further 29% claimed they were confident in their investment decisions, despite having no previous experience of actively investing.

This means that tens of thousands of those relying on draw-down for their retirement years who have not sought regulated financial advice or guidance could be at huge risk.

The Financial Conduct Authority (FCA) has warned of people dipping in to take a 25 per cent tax-free lump sum after turning 55 despite not intending to retire yet, then making poor investment moves with the rest of their pots. Jeopardizing their future savings.

Some have suggested a government regulation stating that in order to draw-down their pension, the pensioner must first receive financial advice from a qualified adviser. Currently one in ten people use Google to tell them how draw-down works and the unreliable advice could cost them thousands.

What you should do

Are you thinking of drawing down your pension? Harrison Brook is the leading international online broker of expat Financial Advice. We are qualified, regulated and experienced in pension draw-downs, transfers and investments. Before risking your savings, speak to an adviser for unbiased independent advice. Get in touch today!