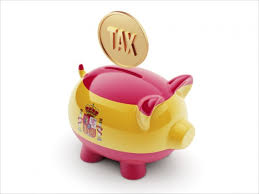 The Spanish tax office has announced new measures to crack down on tax fraud. Their tax plan for 2017 revealed new IT tools and processes that will make it easier to investigate the Spanish tax affairs of wealthy individuals.

Tax Fraud sounds very serious and of course it is. However, many think that being ‘under the radar’ is not only acceptable but almost expected. Most of us will know lots of expats that will not accept that they are Spain resident for tax purposes.

The Hacienda takes a very dim view of expats that for want of a better word are ‘caught’. Expats will very often contact me after they have been ‘caught’ and this makes things very difficult for the expat to deal with. The view is that if you are upfront with the Hacienda then more can be done to limit the effect of penalties.

By proactively demonstrating an intention to comply with the  Spanish tax rules of the country you are resident in will only help you financially and give you peace of mind in the long run.

The information that follows is what is happening right here and right now. I can help and advise you and give you the peace of mind to enjoy living in Spain which is what we all want to be here for.

Now, the  Spanish tax office will be able to analyse and cross-reference data from a wider range of sources than ever to detect possible tax fraud. This includes personal income and wealth tax returns, Modelo 720 declarations and information from the 2012 tax amnesty.

Those of you who have read my previous articles on this Blog will be aware that Tax authorities are already benefiting from the new ‘automatic exchange of information’ regime. This year, Spain became one of over 100 countries who will be sharing information on taxpayers’ assets and income. Financial institutions reporting data across countries include banks, custodians, investment funds, certain insurance companies, trusts and foundations.

Information being shared includes personal data such as your name and address, country of tax residence and tax identification number. Information about your accounts includes investment income you earned over the year, such as interest, dividends, income from certain insurance contracts and annuities.

Account balances are gross proceeds from the sale of financial assets.

With all this information combined, the new system in place will work as a big data container capable of estimating the total wealth of each taxpayer in Spain.

One focus for the Hacienda will be clamping down on false claims of residency.

They plan to catch out those who actually live in Spain but do not declare their income and assets here, usually claiming residency in a low taxation territory.

It is now much easier for the tax office to collect information from utility providers, as well as paperwork for vehicles and property ownership, to establish where individuals are effectively living. For example, they can check electricity bills to confirm whether a property is being lived in long enough to make someone a resident and disprove it is just for holiday use. They can also use this information to identify if people have an income arising from letting out property without declaring it.

It is likely they will look closely at those who have declared themselves resident elsewhere i.e. expatriates who declare themselves UK residents without realising they are actually tax resident in Spain.

The Hacienda’s plan also revealed they will pay attention to VAT fraud to identify undeclared funds from businesses, as well as targeting tax avoidance by multinational companies.

By identifying those who are not declaring all their income and assets as required under Spanish tax law, the Spanish government can raise revenue to bring down budget deficits. Wealthy individuals are the latest target because the Hacienda sees them as more likely to have opportunities to use aggressive tax planning. On a day to day basis, I see expats that will have major issues as and when the Hacienda catch up with them. My view is that this isn’t an if they catch up but more of a when they catch up!

According to Agencia Tributaria chief, Santiago Menéndez, up to now their efforts have been profitable. During the last five years, they collected €400 million from tax inspections of individuals with wealth over €10 million. With all the latest tools, locally and internationally, the government has today, it is likely they will continue to profit from uncovering more fraud in the future.

The new measures are designed to catch out those who have incorrectly declaring themselves and their income and assets in Spain. There should be little to worry about if you have been declaring your finances correctly. In fact, clients that I review every year are relaxed and happy with how they are set up. They have the peace of mind that they are compliant and will be kept updated as and when things change.

The approach to tax evasion makes it more important than ever to take personalised, professional advice on your financial planning. If you live in Spain but have assets or receive income abroad, it may be hard to determine what you should be declaring and where tax is due.

Again, those who read my articles will be aware that, you need to make sure your arrangements are fully compliant in Spain and anywhere else you have assets or heirs. This can be particularly complex for expatriates with cross-border interests. Getting it wrong may be easier than you think and result in costly fines and even prosecution.

The Spanish tax planning should suit your particular aims and circumstances, and work well in both Spain and the UK. For example, tax-efficient investment wrappers, offered through a Spanish compliant bond, could legitimately reduce tax on savings and investments. However, while some structures can seem similar, their tax benefits can vary significantly.

Spain can be a very tax-efficient place to live , but you need specialist,  UK and international tax regimes to achieve the best results.

An adviser that can help you with meeting your tax obligations, here and in the UK.

Some of my articles link to each other and this is by design. It is so important to get things right. Once you have everything set up correctly, the Spanish systems are actually reasonable and quite tax efficient. Please refer to other articles that link to this one.

I know of people that have lived in Spain for years and still think they are UK resident. They also think that the Spanish authorities either don’t care  about them. They are wrong on both counts and ignorance is and never was a defence.

If you are unsure and you would like a second opinion on what you should be doing. Contact us now for a chat on how Harrison Brook can help you.